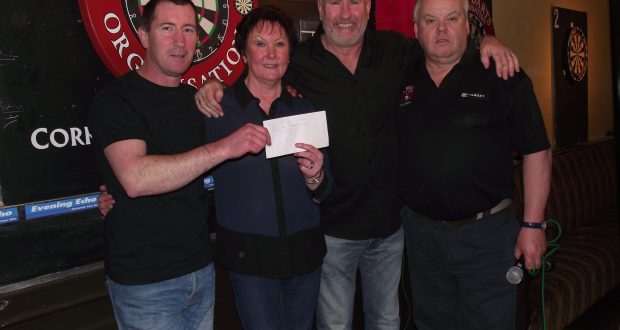 The annual new year men’s doubles championship and plate competitions sponsored by Fosters were once again a huge success when played at the St, Vincent’s Hurling and Football club pavilion yesterday afternoon.

Winners of the main event were William Goulding and Stephen Coveney representing the Joshua Tree who after an initial scare in their opening game grew into the competition and hit some outstanding scores and no little skill in the doubles department also.

Goulding and Coveney despite losing the opening leg in the final against Pat McSweeney and Robbie O’Donovan came out 3-1 winners in the final.

2018-01-02
Frank Goulding
Previous: Ladies are half way through the 2nd comp of the season.
Next: logo