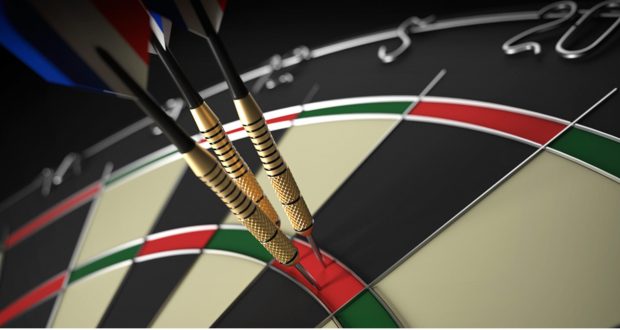 Performance of the night in the Cork Darts Organisation Fosters sponsored cups has to go to the Local who tamed the previously high flying Riverstown Inn on their own board with a most impressive 6-1 win.

Two more wins then followed for the away side as David O’Donoghue outscored Dave Power 2-1 and Eric O’Donoghue defeated Eddie Moynihan 2-0 with the fourth game on the card going to the home side through Mark O’Leary defeating Darren O’Mahony 2-1  to leave the Local in a very strong position at the break.

Local increased and hammered home their interval advantage as they ran up the remaining three games without reply from the Riverstown Inn, winning all three 2-0 through George Dunne over Damien Lockyer, Finny O’Brien against Vince Moynihan and Aaron Walsh over Damien O’Donovan to seal an outstanding result for the Military Hill based team.

Also in section one of the Fosters first division cup Baker Street and River Lane fought out a very entertaining match played on Baker Street’s board with the home side shading it on a 4-3 scoreline.

Chris O’Connell, Paul O’Callaghan and Gavin O’Connor had the home side 3-1 to the good at the break with the sole win for the River Lane coming through the efforts of Graham Cummins, but things improved for the away team as they took games five and six with first James Dowdall and then through Pat Kieran but the final say went to the home side as Johnny Byrnes took it 2-0 against Willie O’Driscoll.

Gerald Griffin travelled to Murphy’s Rock and will be very happy indeed with their 5-2 return from their travels.

The above results now has the Local in top spot on nine points followed by the Gerald Griffin and Baker Street on eight points apiece, River Lane are back in fourth spot on 6 points and Riverstown Inn and Murphy’s Rock lie in fifth and sixth place respectively.

Over in section two of the Fosters sponsored first division cup it’s the Gallows who lead the way after a resounding 7-0 win away to the Shamrock Bar.

Another away win was recorded by the Muskerry Arms as they accounted for Quinlans, again here in section two of the Fosters cup with their number one Brendan McSweeney setting them on their way with a 2-0 win over Mossie O’Brien.

Hugh Finnerty, David Lynch and Bart Murphy were the Muskerry Arm’s other winners while for Quinlan’s Podge O’Brien, Denis O’Shea and Sean Healy were winners.