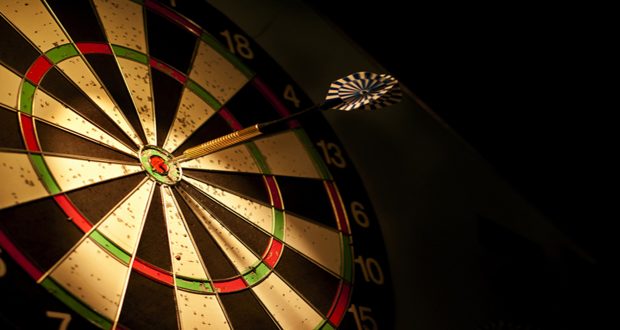 Harp pairings do the double at St, Vincent’s.

St, Vincent’s Hurling and Football club pavilion was a hive of activity on Bank Holiday Monday last with three competitions being run which included a youths singles the men’s Fosters doubles and men’s Fosters plate competition.

The main event of the day was of course the Cork Darts Organisation Fosters sponsored men’s doubles championship and the quarterfinals stage saw William Fouhy and Kevin Muldoon from the Tower Bar defeat the Groves duo of Martin Dineen and Jerry Coughlan, Adam Field and Stephen Kearney of Hennessy’s get the better of Stephen O’Connor and John O’Shea representing the Tower Bar.

The Groves and brothers partnership pairing of Blaine and Dean Meighan  fell foul of Podge O’Brien and Dave Cassidy from Quinlan’s while defending champions Ciarán Teehan and Jason O’Donovan from the Harp Bar came through against Damien O’Driscoll and John Paul Dowdall of the Joshua Tree.

The resulting semifinals then saw Field and Kearney defeat Fouhy and Muldoon and Teehan and O’Donovan overcome O’Brien and Cassidy with the following final resulting in a 4-3 win for the Harp pairing.

The Fosters sponsored plate competition was as always much appreciated by the players concerned and the semiifinals stage saw the Harp Bar pairing of Radek Szaganski and Kevin McDonnell defeat the Tower Bar pairing of Stephen Hill and Dinny Bob’s while Robbie O’Donovan and Pat McSweeney  of the Groves/Joshua Tree defeated Pierce Carmody and Stephen Sheehan from the Top of the Hill with the resulting plate final also going to the Harp pairing on a 3-1 scoreline.

The youths opened the day at St, Vincent’s earlier on Monday morning and after a very intensive few hours of top class darts throwing in a championship that was played over a round robin format  it was down to the semifinals.

Ollie Walsh defeated Callum Coade in the first semifinal of the shield competition while Kenneth O’Shea edged out Jake O’Shea with Kenneth O’Shea taking the title.

The youths cup semifinals saw Cian Browne defeat Cillian Coleman and Ben Harrington overcome the challenge of Rachael Coughlan with Ben Harrington going on to win a thriller of a final by 3-2.

The Cork Darts Organisation charity shield open singles championship will be played at the Joshua tree on Friday November 16 at 8.30pm.

Entries for the championship are now being accepted with entry being restricted to the first 48 paid up entries received on or before Tuesday November 13 at the Joshua Tree where the draw will also be made, there will not be any entries accepted at the venue on the night

All darts players, both ladies and men are welcome to enter this charity competition with all proceeds going to the Rainbow club for children with Autism.

2018-11-01
Frank Goulding
Previous: Ladies are half way through the 2nd comp of the season.
Next: logo