Don't Miss
Home > Uncategorised > Back to full action on the oche tonight. 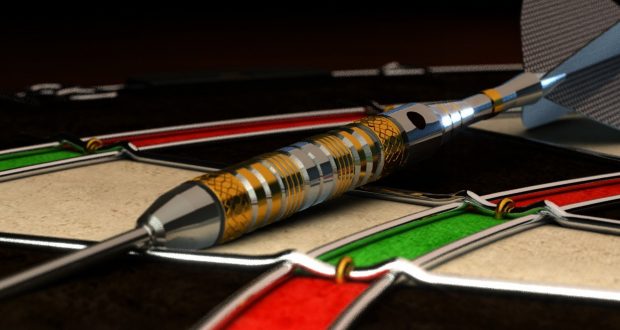 Back to full action on the oche tonight.

It’s back to action on the oche tonight with the opening salvos in the Fosters sponsored men’s cups across all four divisions being fired.

The playing format for all divisions will be the same and as follows: All seven games within each match must be played with one point awarded for each game that is won.

All games will be played over the best of three legs of 501 flying start with the bull winner in each individual game having the throw in legs 1 and 3 if a third leg is required.

Ladies darts will resume on this coming Thursday night January 10 and they will complete the qualifying series of games that began prior to the Christmas break.

Another legend of darts in Cork passed away shortly before Christmas, Matty O’Sullivan who this writer vividly remembers playing against on a number of occasions was an outstanding talent of his time.

Matty won the Cork City individual championship on four occasions, the first in 1969 while with the Riverview Inn, 1976 with the Black Swan and 1981 and 1983 while with the Oval on South Main Street.

Matty also represented his country on a number of occasions the highlight was surely playing in the home Internationals which were held in his native Cork City in 1980 and he also was a vital cog in the Cork team that won the maiden INDO inter-counties championships back in 1982.

Myself, Martin Cotter and John O’Shea visited Matty prior to his passing and spent some hours with him even having some throws at a darts board which John O’Shea had set up and for which Matty was ever so grateful as he turned back the clock and let the arrows go in the graceful way that only Matty O’Sullivan could.

To Matty’s family the CDO extends it’s condolences on his sad loss.

2019-01-03
Frank Goulding
Previous: Ladies are half way through the 2nd comp of the season.
Next: logo