Don't Miss
Home > Uncategorised > More memories to look back on. 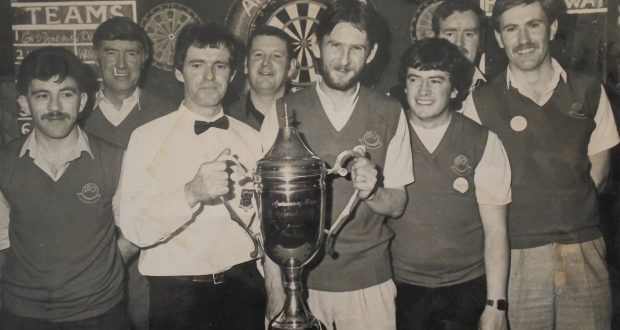 Con O'Donovans of the late 70s early 80s won everything and more besides, at back from left;Tom McSweeney RIP, Liam Guiney Rip, Tom Elliffe RIP, CDO, Front from left, Jim McGee RIP, John Delaney manager Ardmanning House, Jack Tobin, Paul McGee and Stephen Coveney who to this day still has the same hunger for success and is still winning to this day as we all see regularly.

More memories to look back on.

As promised below are another few of events shown in pictures.

Carrigaline GAA after their win in the Beamish B division cup final played at the Joshua Tree on 6th, March 2012.

CDO voice and vice-chairman Sean Leahy with David O’Donovan and our late Chairman Roy O’Donovan at the Premier players individual league at the Local 13th, April 2013.

Shamrock Bar at the Joshua Tree after their win in the CDO challenge cup.
Seen receiving the trophy from Lord Mayor of Cork and CDO President Councillor Michael O’Connell 19th, April 2011.

2019-01-20
Frank Goulding
Previous: Ladies are half way through the 2nd comp of the season.
Next: logo