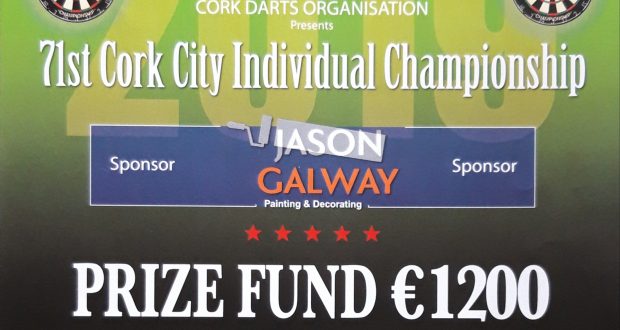 Early kick off for singles championship.

This coming Friday night at the Joshua Tree on Blarney Street the very best of the darting talent that Cork has will battle it out for the Cork City individual championship which carries a grand prize fund of €1,200.

This championship is now being competed for the 71st, time and all the names of the great darts players that won this most prestigious of titles are engraved on the magnificent cup.

This is the one, this is the darts championship that sets players that have won it apart, as the winners name is mentioned in the many conversations that are brought up when darts tales are being told, this definitely is the one to win, the 71st, one!!!

Games begin at the Joshua Tree on Friday night at 8.30pm and any player who does not respond when called to play will immediately be scratched from the championship, no excuses of any kind accepted and certainly no phone calls saying I am on the way, no way!