Don't Miss
Home > Uncategorised > All darts lovers are proud of Ciarán Teehan and his achievements. 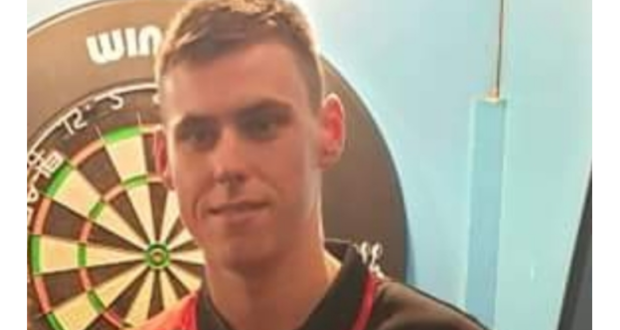 All darts lovers are proud of Ciarán Teehan and his achievements.

It was a bitter sweet weekend for Cork darts, as our own Ciarán Teehan performed on the biggest darts stage of them all, in the 2nd round of the PDC world darts championship.  He was up against Mervyn King, ranked 19th in the world, and Teehan brought him all the way to a sudden death leg.  After going 2 sets and 2 legs down, Ciarán started the fightback, and got the game to par, producing high scores and clinical checkouts along the way. But it wasn’t  to be for Teehan as he lost on a last leg decider and it was King that was first to hit the winning double to send Ciarán out of the championship.  The CDO would like to congratulate Ciarán on his achievements to date and wish him the very best of luck in his future career in darts.

The Cork Darts Orginisation Super division semi-final and final took place last Monday night at the Groves Bar, Blackpool. The semi-finals saw the Joshua Tree win with a 3-1 result over the Top of the Hill while Rosies took their semi-final with a resounding 3-0 win over the Groves.Rosies ran into a 2-0 lead against the Joshua Tree in the final as Greg Byrne and Mark Hurley had wins over John Paul Dowdall and Damien O’Driscoll in what were two marvellous games.However the Joshua Tree began the fightback as first William Fouhy won against Paul O’Connell followed by a win from Stephen O’Connor over John Nyhan, but it was the evergreen Anthony Austin who became Rosies hero as he took out an absorbing contest against Joshua Tree’s Jason Galway in the deciding game of the night.  As a gesture of good will, Rosies donated their prize money to Cork penny dinners.

As we go into the Christmas break, we would like to thank each team for their continued support throughout the year and hope that you will a happy and holy Christmas and a happy new year. Team darts will resume on Monday, January 13th 2020.

The CDO Fosters sponsored new years doubles & plate competition will take place at St. Vincent’s H&F club on Sunday December 29th.  Entries will be accepted at the venue between 2:30 & 3:30 with darts away at 4pm. A prize fund of €1200 minimum will be paid out on the day. This competition is confined to team active players of the CDO.

The CDO would like to extend their condolences to John Nyhan, of Rosies bar Carrigaline, and his family, on their recent bereavement.

2019-12-22
Frank Goulding
Previous: Ladies are half way through the 2nd comp of the season.
Next: logo